FOR IMMEDIATE RELEASE
Preston Gunderson kicks off his Musical Tour August 5th With the Arrowhead Libraries
Mountain Iron, MN, July 22, 2013 – Preston Gunderson will be at the following locations:
Preston Gunderson, a native from Virginia, Minnesota will begin his musical performance & songwriters workshop running from August 5-17th, 2013!  Preston will perform and provide input on writing and recording original music, his processes and his musical experiences as a singer/songwriter at your library.
Preston Gunderson, a casting finalist for this years season of The Voice on NBC was one of only 200 out of over 500,000 auditions to be flown out to Los Angeles!  He will perform songs from his album “While I was Gone,” which cracked the top #200 on the iTunes pop charts, and songs from his latest release, “The Recluse–EP,” which was top #25 on the iTunes singer songwriter charts.
Preston Gunderson is currently working on a new album that will be recorded at the famed Terrarium recording studio http://www.the-terrarium.com/index.html in Minneapolis.  You can hear a sample of his music at iTunes https://itunes.apple.com/us/artist/preston-gunderson/id485158290
The Musical Performance & Songwriters workshop is for both Teens & Adults!  Feel free to bring a note pad to jot down songwriting tips as Preston shares his personal story of being a songwriter and working in the music business industry.
This project was funded in part or in whole with money from Minnesota’s Arts & Cultural Heritage fund. 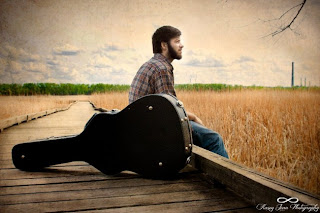